This week's activities at Shockwave-Sound.com... So far 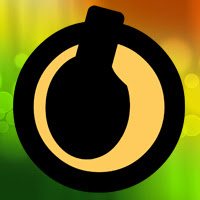 This week, as indeed every week, we're busy adding new music releases to the ever growing stock music / buyout music catalog at Shockwave-Sound.com. There was a period from last Friday when we sent out our most recent new music newsletter when we didn't add any new music for about 3 days - that's partly because we don't like to add any new music at the exact time we're sending out the newsletter because it may cause some confusion as to which music tracks have been mentioned in a newsletter, and which haven't. And partly because I myself was working on a new music composition that I was producing here in my home studio so I wanted to keep concentrating on that for a couple of days and get that new track completed without being sidetracked.

The new track that I (Bjorn Lynne) composed is called Digital Concepts and it's what I would consider "mainstream electronic" music, in as much as it's based on a techno / dance beat, but it's neither hard, nasty or too mechanical. It's a rather more "friendly" type of techno music that I feel goes well with multimedia productions. It also features a little bit of guitar and piano to make it more "pop" like and not so stuck in the techno genre.

Today we have also added 6 new tracks by John Radford, a composer from the UK who makes various types of ambient, chill, pop and electronica genres. He has been working with us for several years and his latest tracks combine atmospheric pop / contemporary with ambient and film styles. Check out some of his latest works, including Soul Searching and Bridge And Tunnel. I think his music is great, it's deep and soulful without being difficult. These are slightly melancholic and thoughtful tracks that can fit well as background music in films, drama, commercials and many other project.
Posted by Shockwave-Sound.Com Team at 6:12 AM